When you enter into a long-term relationship, it can have a dramatic impact on your personal wealth. Put simply, the default position is that your partner will become entitled to an increasing share of your assets and income, the longer you are together.

While you may want to fully commit to someone emotionally, this doesn’t mean you need to fully commit to them financially. The law gives you a choice. You can decide how much of your wealth you become obliged to share. You can limit this through a Binding Financial Agreement (a ‘BFA’ or ‘pre-nup’). A BFA enables you to agree upfront about who gets what, and avoid costly disputes down the track.

For a confidential chat about what’s involved in putting in place a Binding Financial Agreement, call us on 1300 654 590.

What are the benefits of a BFA?

If you are contemplating marriage, considering commencing a de facto relationship or are currently in a relationship, a BFA allows you to make decisions ahead of time and (in most cases) avoid a costly legal dispute later on.  It puts you in the driver’s seat and gives you a sense of control and certainty about the future.

A BFA can also help to avoid arguments and suspicion between you and your partner about money, because you have the discussions upfront.  The BFA process is a very good way to ascertain the expectations and intentions of a couple regarding their finances and, in particular, how their assets would be split if they separate.

A BFA can also help to prevent family infighting between your partner and your children, or your partner and your parents.  This is particularly the case if a family member has lent you money and wants to ensure that you solely retain the benefit of those funds if your relationship status changes.

If you have recently ended a relationship and are considering your options for finalising your financial relationship with your partner, a BFA offers greater privacy and flexibility.  This is because a BFA does not involve the Court, and therefore can avoid costs and public disclosures.  And the terms of a BFA do not need to be considered ‘fair’, which makes it more flexible than consent orders in the Family Court.

Do you need one?

BFAs are useful and appropriate in many circumstances, particularly given that we are increasingly seeing more people with significant wealth, people marrying at an older age, and more blended families.

BFAs are particularly useful if you:

What can a BFA cover?

A BFA can deal with all aspects of the financial matters and financial relationship of the parties to the agreement, including:

A BFA does not have to deal with all of the couple’s property.  A couple can decide to limit a BFA to certain assets, with the remaining assets being dealt with under the Family Law Act 1975 (Cth) (‘the Family Law Act’).  For many couples contemplating marriage, this is often preferable is they only wish to protect certain assets (perhaps assets they have been gifted or loaned by their family) rather than quarantining everything from their future spouse.

What can’t a BFA cover?

A BFA can only cover financial matters.  This means that it cannot cover parenting arrangements (i.e. which parent a child lives with, visitation rights, etc), and will be void to the extent that they attempt to cover those sort of matters.  Child support payments and matters relating to the financial care of children also cannot be dealt with through a BFA.

Further, a BFA cannot deal with any property or financial resources that are acquired after the relationship has ended.  It can only apply to the property and resources owned at the date the agreement is made, or that is later acquired during the course of the relationship.

When can I enter into a BFA?

A BFA can be entered into either before, during or after a marriage or de facto relationship.  There are different sections of the Family Law Act that deal with each of the different scenarios.

What do I need to do to make a valid BFA?

There are a number of requirements that must be met for a BFA to be binding, including:

Both parties must make a full disclosure of all of their assets prior to entering into a BFA, and BFAs usually contain a schedule of assets and liabilities of the parties to record what was disclosed.  Non-disclosure or inadequate disclosure can be grounds to void a BFA.

Do you need to involve a lawyer?

Yes. BFAs are complex legal documents and must strictly comply with the legislation. They may also be overturned in the future if they are not prepared correctly.

While you can draft your own agreement (which we generally do not recommend), each party will still need to engage their own lawyer to provide independent legal advice about the agreement and sign the lawyer’s certificate of advice.  As such, it is often more efficient and cost-effective to get the lawyers involved at the outset.

When can a BFA be challenged?

Failing to satisfy the statutory requirements

If a BFA does not comply with the statutory requirements, it can be challenged as being invalid.  However, the Court still has the power to order that a BFA is nonetheless binding if it has been signed by the parties and it would be unjust if the agreement was not binding.

Court Order to set aside a BFA

A BFA may only be set aside by an order of the Court.  Generally, the Court may only set aside a BFA if:

What happens if I don’t have a BFA?

If a couple (either married or de facto) do not have a BFA, then there are essentially three options to resolve their financial relationship when they separate:

Where there is no BFA and the parties cannot agree on how to divide the property, one of the parties must apply to the Court for it to determine orders for a property settlement and spousal maintenance under the Family Law Act.

Where the Family Law Act applies (i.e. when a couple had recourse to the Court for orders), there is then a four-pronged process employed by the Court to determine what orders to make:

Aside from a property settlement, a party to a marriage or de facto relationship also has a right to receive reasonable spousal maintenance from their partner if they are unable to adequately support themselves.  In making orders for spousal maintenance, the Court will consider a wide range of factors including the age and health of the parties, their income, their assets, their employment prospects, and their childcare responsibilities.  The Court also has to consider whether the respondent to the claim for spousal maintenance has the capacity to make payment.

What should I do if I want to enter into a BFA?

If you are considering entering into a BFA, then this should be discussed with your partner as early as possible.  The decision about whether to enter into a BFA can be intimidating and emotionally-fraught, so the parties must approach their discussions sensitively and in good faith.

If you decide that a BFA is right for you, you and your partner must each engage a lawyer to work with you through the process of putting a BFA in place.

Marie will guide you to a fresh start. 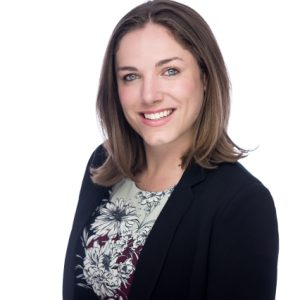 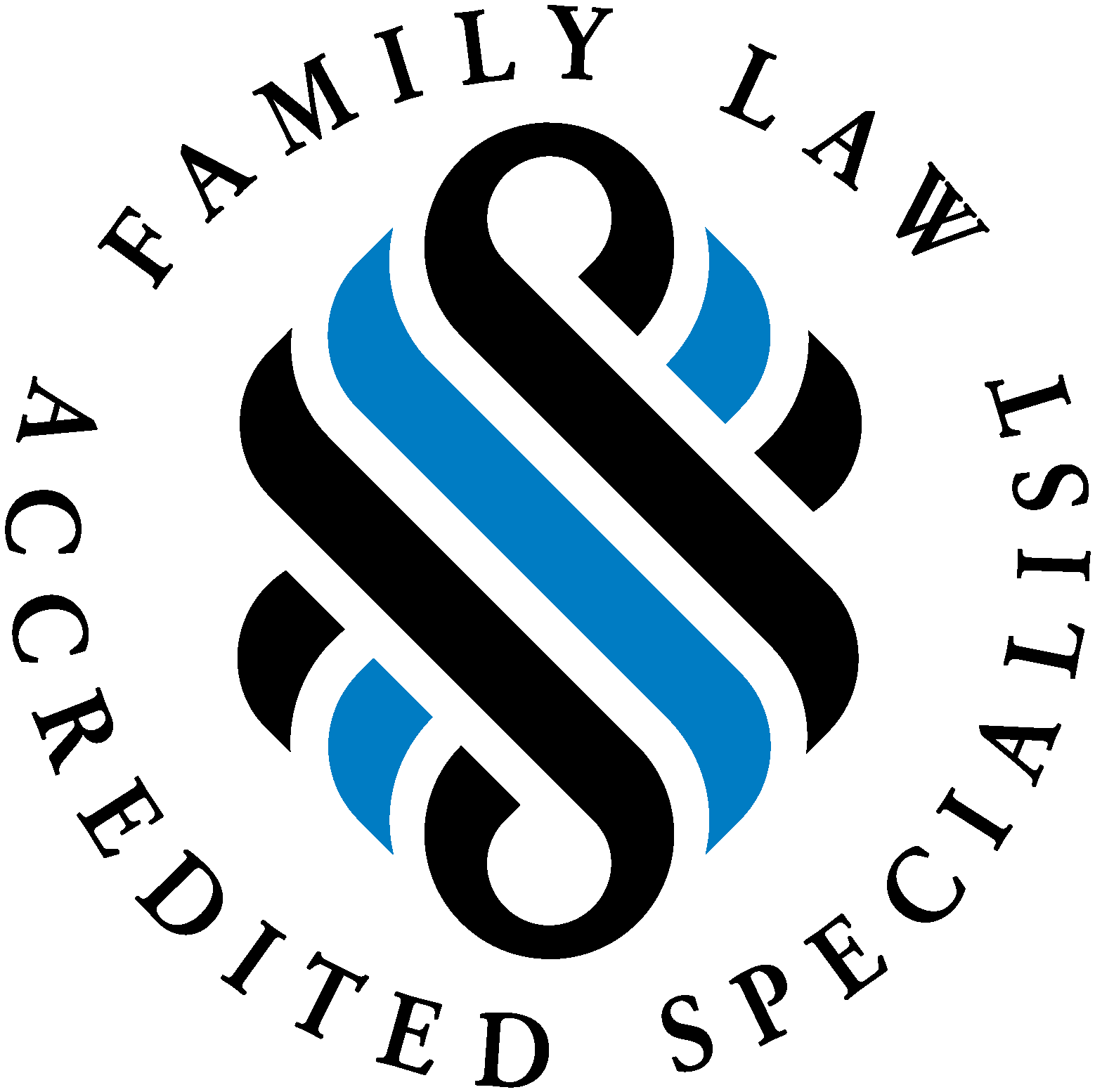 Don’t lose your business along with your marriage

Separation is never easy, but it can be even more difficult for business owners. This is because business owners have the added uncertainty of having their jobs (and often livelihoods) tied up in a business that is considered an asset of the relationship. For many business owners, the most daunting aspect of their separation is the possibility of losing their business.

END_OF_DOCUMENT_TOKEN_TO_BE_REPLACED

Pet Custody – who gets the dog?

Have you ever wondered what happens to your family pet when you go through a separation? If you have, read on and if you haven’t, read on!

END_OF_DOCUMENT_TOKEN_TO_BE_REPLACED

You may find yourself in a situation where your child or their partner is refusing to let you see your grandchildren or if you are playing a significant role in the care of your grandchildren, threatening to take them away. As a grandparent, you do not have an automatic right to see or care for your grandchildren, but this does not mean you are unable to do anything.

END_OF_DOCUMENT_TOKEN_TO_BE_REPLACED

What are your rights when your de facto partner dies (in SA)?

Do you have the same rights as people who are married? For example, to share in your partner’s estate, challenge their Will, get damages for wrongful death, claim super benefits, etc? The short answer is, yes, but…